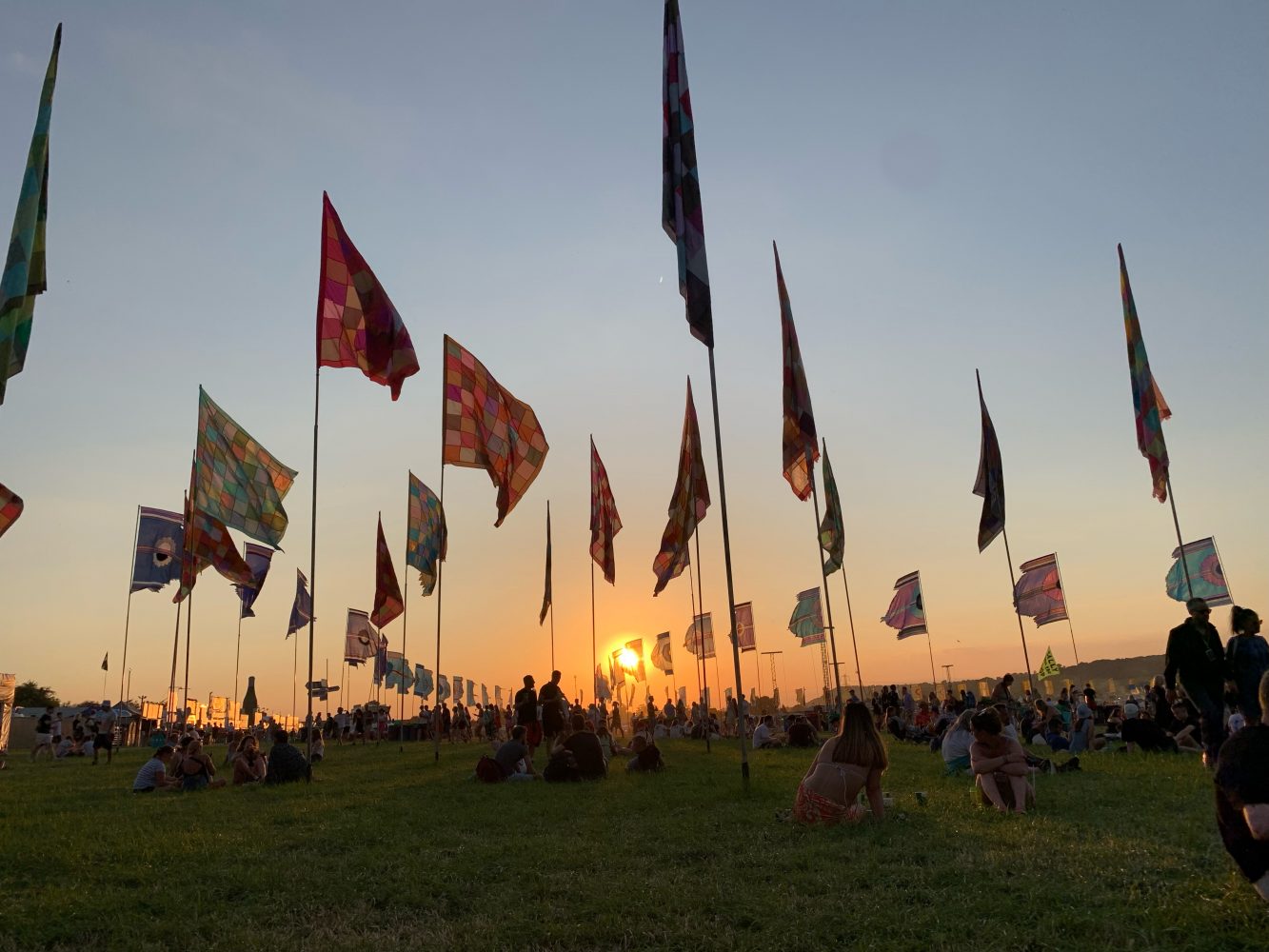 It’s fair to say that lots of the Standon Calling team wouldn’t be working in the festival biz, without having gone to a life changing festival… For many of us that is none other than Glastonbury!

Last weekend, the SC team set off to Worthy Farm for music, fun and festival shenanigans!

Find out what the team’s top moments were and the answer to a very awkward question… Glastonbury or Standon Calling?! 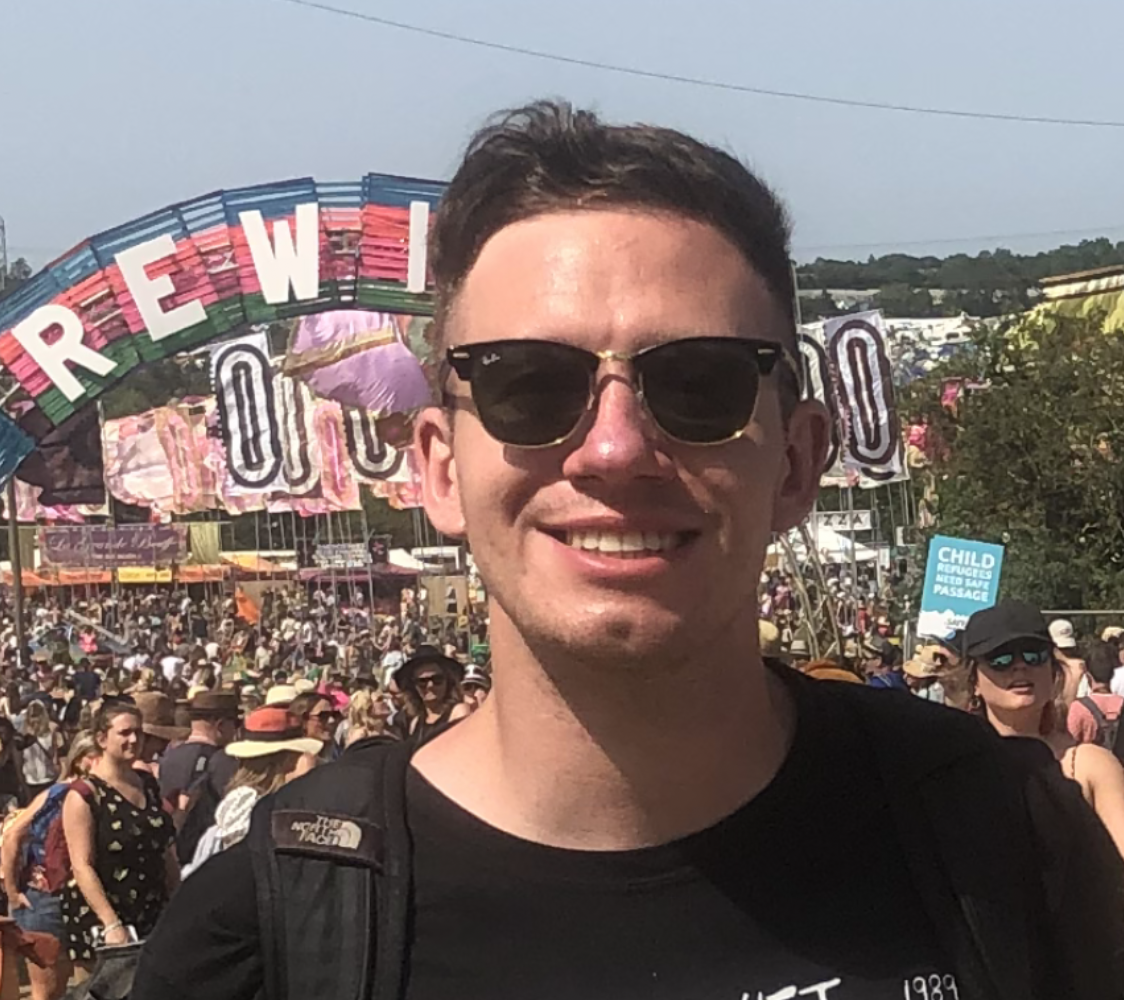 This was my 11th year – I’m hoping my luck with the Glastonbury ticket gods doesn’t run out anytime soon!

It’s so hard to decide as the line up is always so incredibly varied – 2022 was no exception. Some of the rising artists who would likely have been booked back in 2019 for the cancelled 2020 festival (Self Esteem, Yard Act, Dry Cleaning, Bob Vylan, ENNY, Yung Singh) were brilliant and drew huge crowds this year! My top 3 highlights were:

1. Kendrick Lamar – a highly conceptual performance that delivered everything you could possibly want from a  headliner; a bucket-load of hits and an awe-inspiring production! Definitely one of the best acts I’ve ever seen on the Pyramid Stage.
2. Phoebe Bridgers – her last album (Punisher) was released in 2020 and it was the soundtrack to my lockdown – it was amazing to finally hear those songs live in a festival setting.
3. Pongo – she’s known for her pulsating live shows and she did not disappoint. Make sure to catch her in The Dive Bar on Saturday night at Standon!

There are FAR too many to mention. There have been a lot of memorable music performances over the years, but the ones which immediately spring to mind include Arctic Monkeys headlining the Pyramid (2007), Caribou on The Park (2011), Dolly Parton (2014), Arcade Fire (2015), The Killers secret set (2018), and Lizzo (2019).

I could go on, but Glastonbury is about so much more than just the music line up. Some of my favourite moments include just wondering around the Healing Fields and Circus & Cabaret fields as you never know what experiences and performances you’ll stumble upon (Puppetry Of The Penis anyone?). The notorious south east corner (Shangri-La, Block9 etc) is another favourite, although it’s hard to pick a particular moment as my memory is hazey for some reason…

That is a tricky one, but I think I’m going to have to say Glastonbury (sorry Alex!). Purely because if a fresh-faced 16 year old me hadn’t gone to my first Glastonbury back in 2007, then I wouldn’t have been inspired to want to work in festivals. If that hadn’t happened then I wouldn’t have ended up working at Standon Calling – I should probably thank Michael Eavis for that! 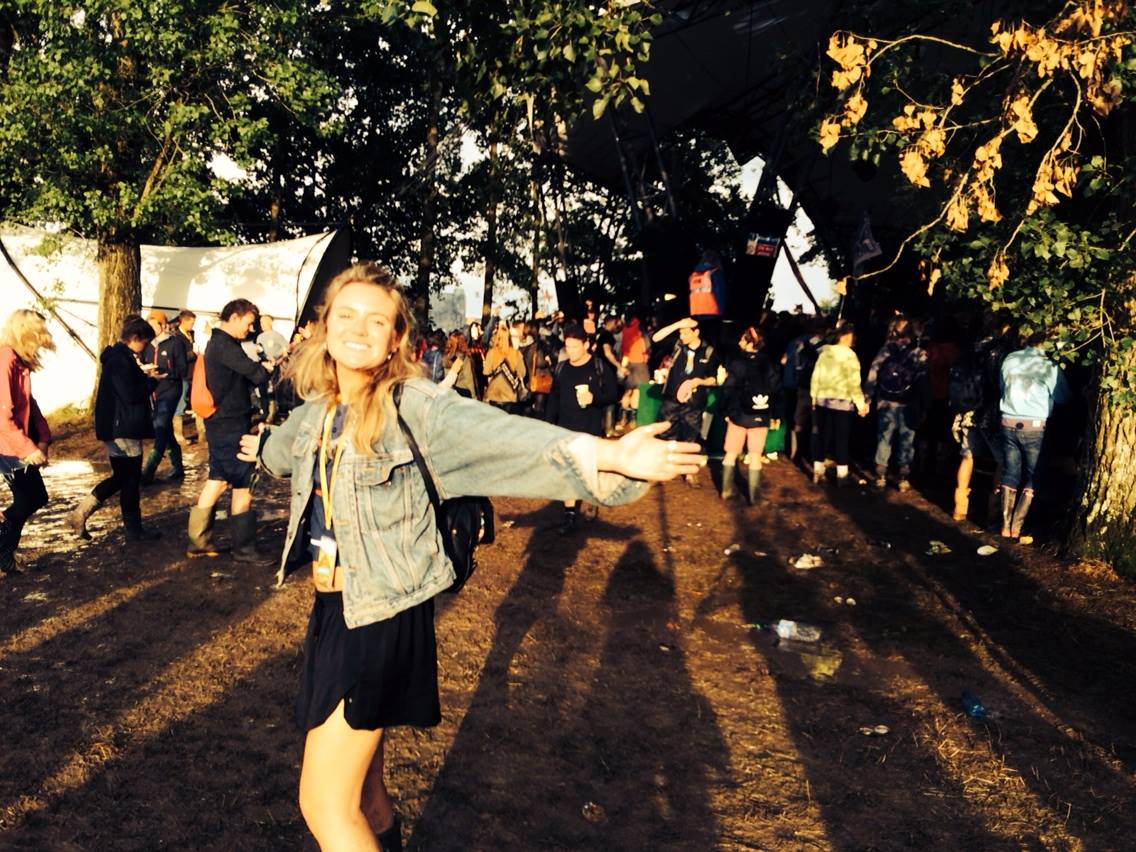 Kendrick. I cried twice then cried again on Monday afternoon just reflecting on it! Big Thief in the sunshine at the Park Stage and Virginia at the infamous NYC Downlow.

It’s so hard to pinpoint but I think the first time I ever stepped foot in Block9 and Shangri-La back in 2010 – mind blown!

Ha! They’re incomparable in terms of scale BUT Standon is a microcosm of Glasto in terms of the variety of music and entertainment on offer. There’s not many festivals where you can see such diverse music in just one day (The Cribs, Sugababes, S.P.Y are some of my SC Friday faves) and also dip your toe into the weird & wonderful – cabaret, aerial yoga, the dog show to name a few! As an all round music lover I’m a big fan of a multi-genre festival where I can have a taste of everything (greedy huh?!) 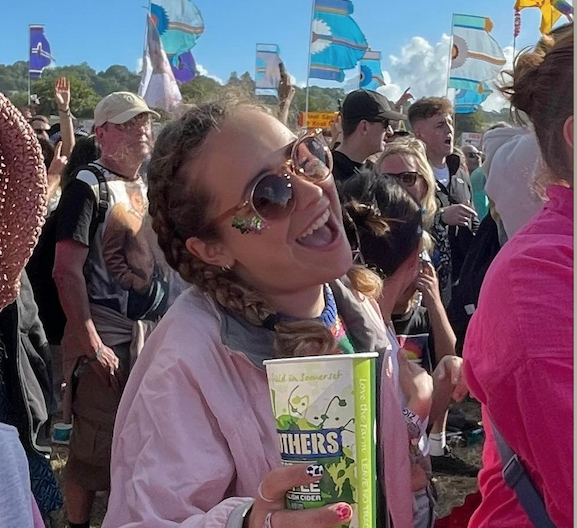 This was my sixth Glastonbury. I started going when I was 17, and haven’t missed once since.

Billie Eilish stole the show for me, but other highlights include; Phoebe Bridgers, Fontaines DC, Wet Leg. Oh and running 10 minutes across site to catch Glass Animals last song Heat Waves. Anthem of the summer anyone?

This is a very hard one! Although I’ve seen some of the most amazing performances from the like of Lizzo, Adele, Dolly Parton, Kanye West, I think my favourite moment is watching the sunrise on Monday morning at Stone Circle. Taking in every last minute of the festival, until we have to wait a whole year to do it all over again!

I remember before my first Glastonbury, a friend saying it’s the best place on Earth, and I thought she was exaggerating, but after experiencing it for myself I have to agree. You get lost in a whole new world, there is no place or festival quite like it. I definitely wouldn’t have fallen in love with festivals or be working for Standon Calling now if I hadn’t have gone to my first Glasto! 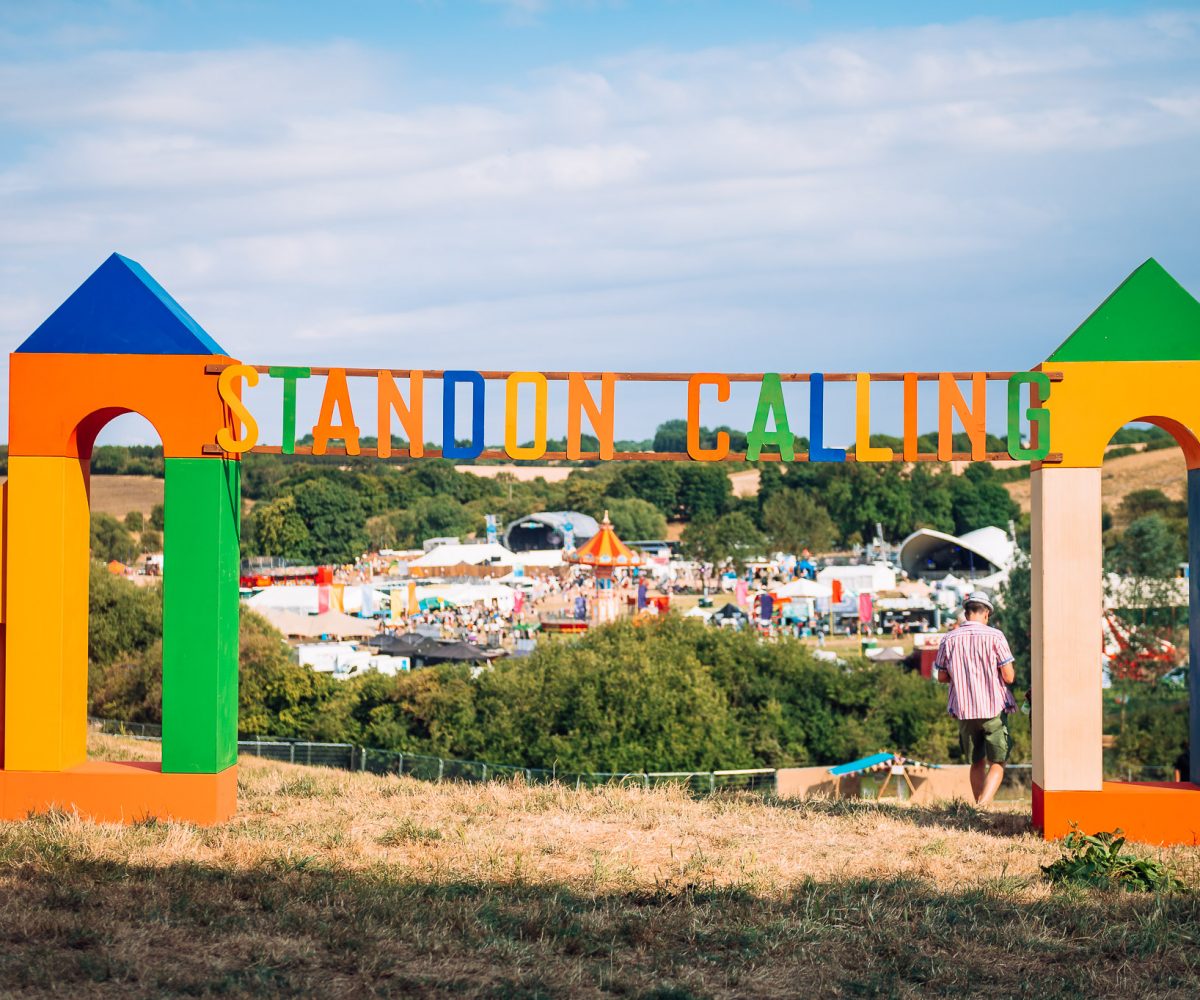 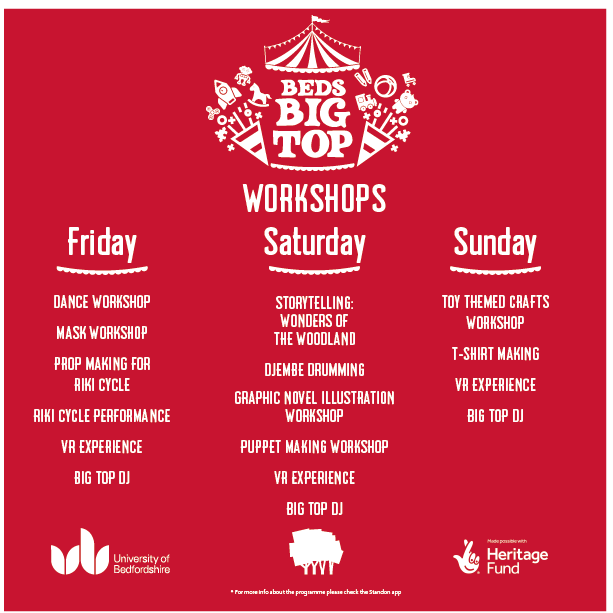 University of Bedfordshire Beds Big Top is BACK!